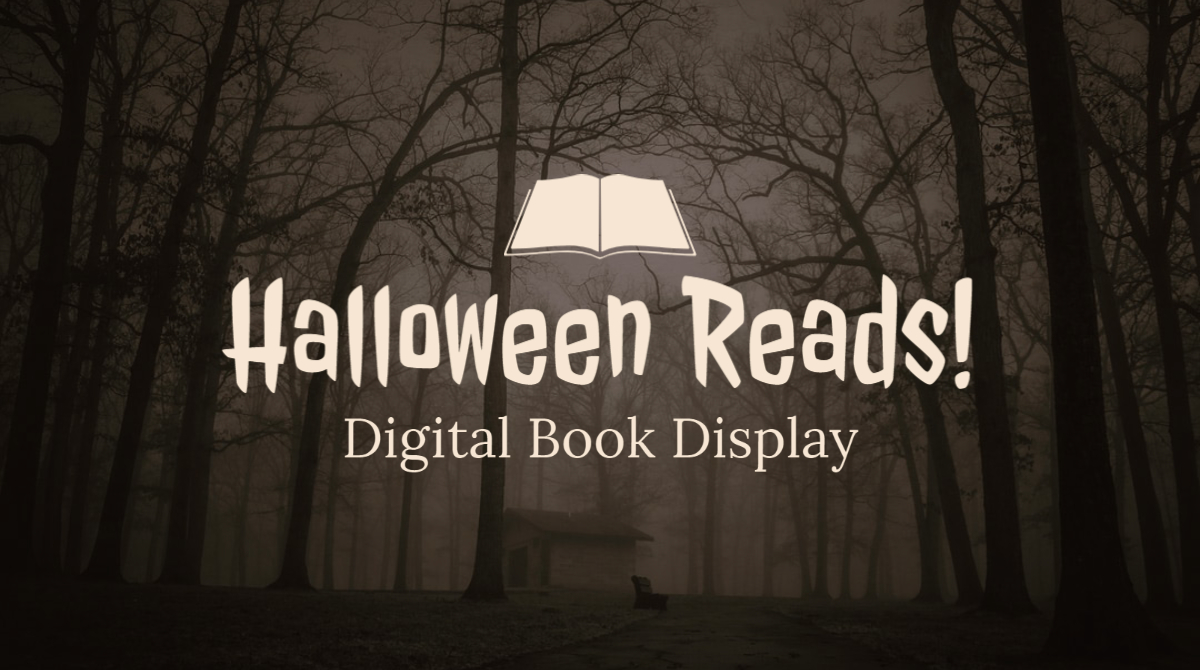 Did you know we create themed book displays in the library? We’re starting them up again and going digital! Our first display is here just in time for the spookiest season of them all...Halloween!

Like titles with a historical perspective? Try some of these:

Looking for a story to keep you up at night? Why not try one of these:

Prefer watching over reading? Here’s some films we recommend:

For more Halloween themed book and films, check out our digital reading list. A green checkmark next to an item in our reading list means it’s available to borrow. A blue checkmark means you can read/watch online. 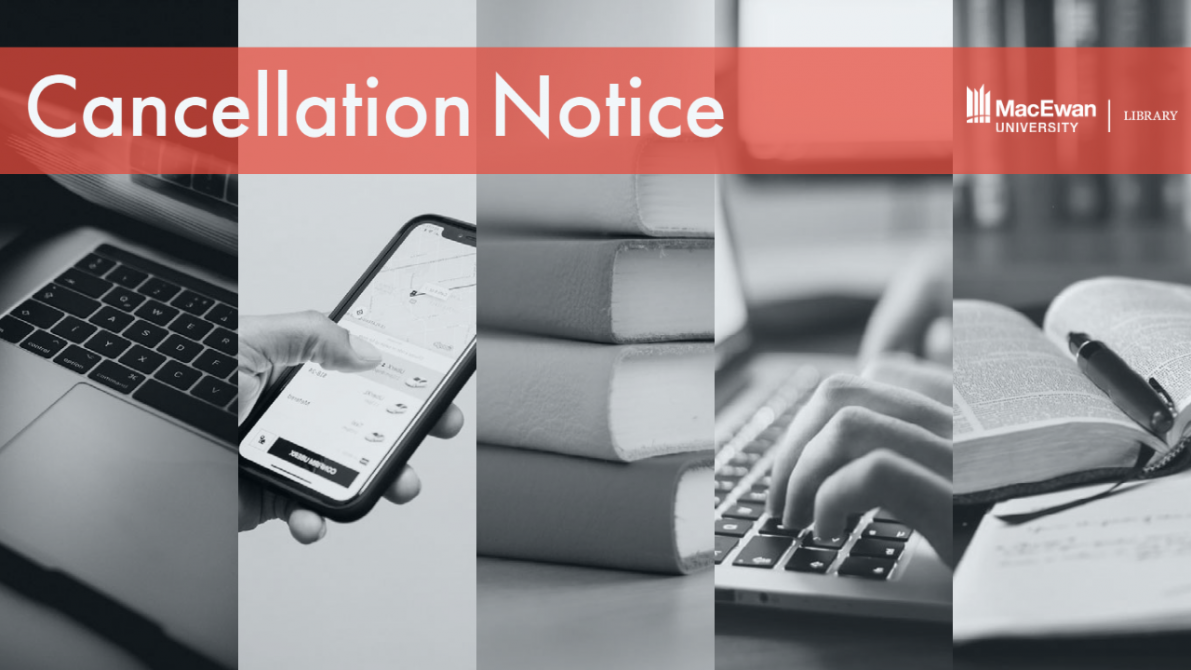 *Students and faculty in the Special Needs Educational Assistant, Bachelor of Early Childhood Curriculum Studies, Library and Information Technology and University Preparation programs can contact the library for login and password

This cancellation decision has been made based on usage data, cost, uniqueness of content, overlap of content with other databases and impact on disciplines.

Please contact Sandy Stift, Associate Dean, Library, stifts@macewan.ca if you have questions or concerns about this resource. 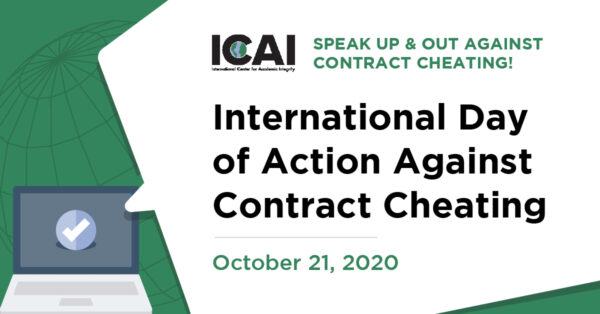 Have you ever received messages offering tutoring services, exam, or assignment help? While some of these services are legitimate, others may offer to write your essays or exam questions for you – and for a hefty price. Outsourcing any work -- whether it’s an essay, an exam question, or assignments – is a form of academic dishonesty, since you are attempting to pass off someone else’s work as your own.

On Wednesday, October 21st MacEwan University is taking part in the International Day of Action Against Contract Cheating. Some events happening throughout the day include:

MacEwan Library and the Writing Centre are here to help you through every stage of the research and writing process…for FREE!

Here’s a few things you can do to get free help with your assignments:

With all these free supports in place to help you through the research and writing process, there’s no need to pay a for-profit tutoring or essay-writing service.

The Library and Writing Centre provide FREE services that comply with academic integrity! 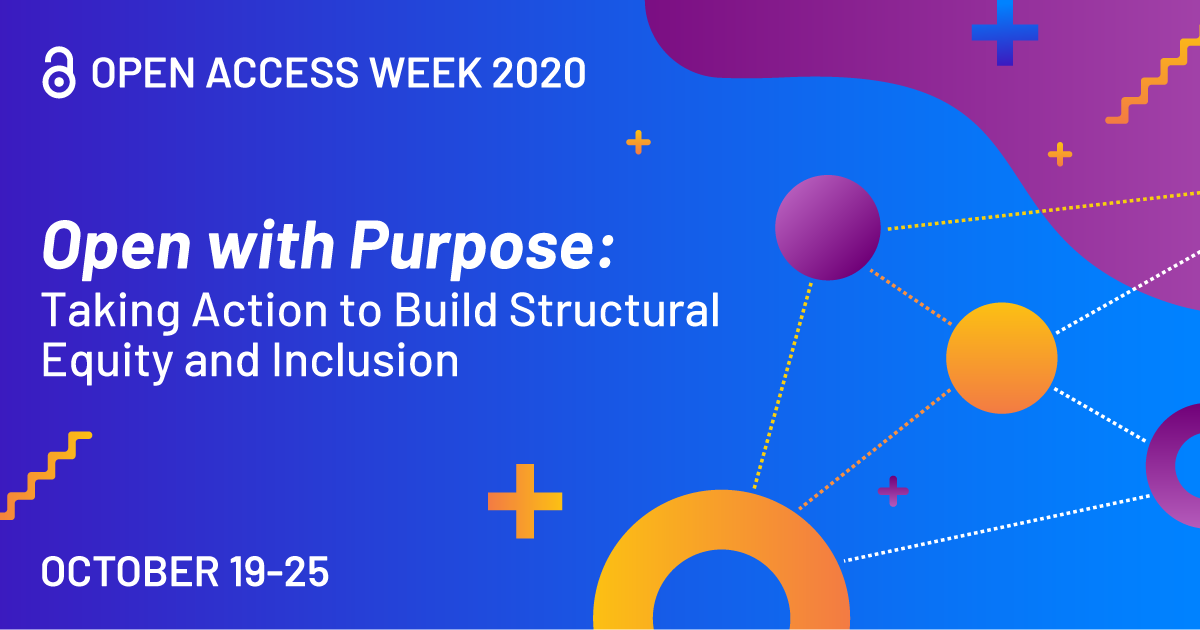 Open access journals and repositories make research conducted at MacEwan more available to those who need it, and expand the real world impact that it can have. This Open Access Week (Oct. 19-25), please join us in recognizing all the ways that members of MacEwan University make research and scholarship freely available to others online:

To learn more about open access, visit our page on open access publishing or talk to your subject librarian. 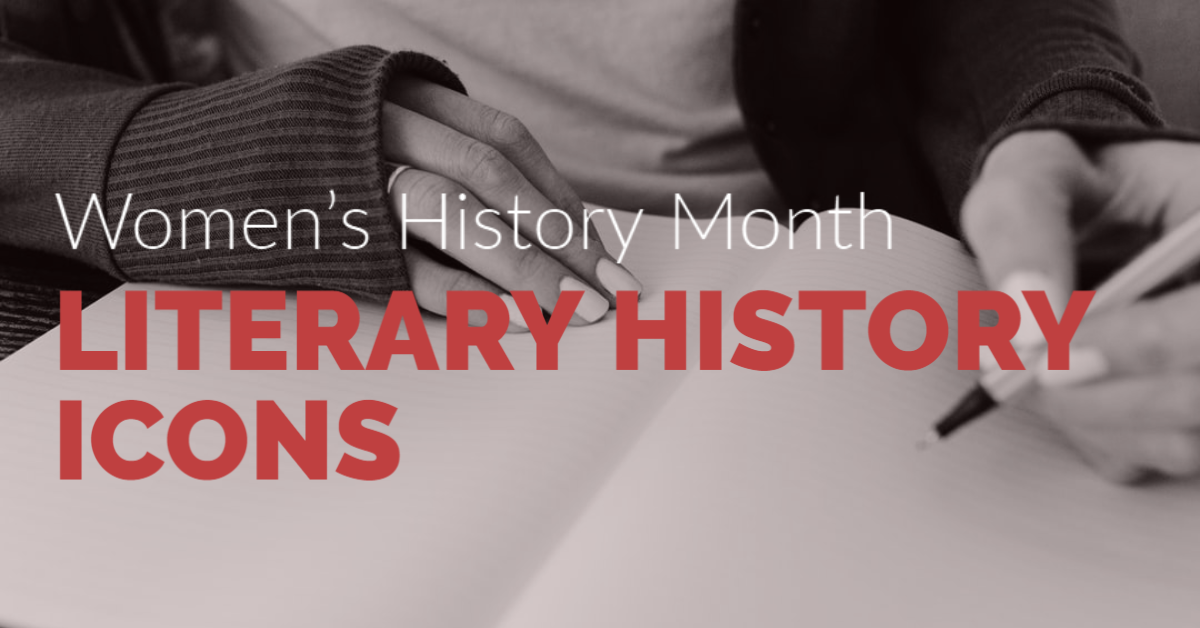 Numerous women have defined the course of literary history. From Sappho to Margaret Atwood, ancient and modern literature has been affected by the contributions of female writers. This women’s history month the Writing Centre and the Library would like to profile just three of the many writers who have paved the way for women in literature.

Murasaki Shikibu is credited as the author of the first modern full-length novel, The Tale of Genji (Encyclopedia Britannica; Ahlin, 2017). Shikibu (likely not her real name) was born around 978 and was a lady-in-waiting in the Japanese Imperial Court. Her novel chronicles the romantic exploits of her title character, Prince Genji, and offers a unique insight into the aristocratic culture of the time. Originally written around 1005, the book was first translated into English in 1935 by Arthur Waley. If you’re interested in reading her novel, the library has a copies of The Tale of Genji available to borrow.

An acclaimed 6th century BCE poet, Sappho is often referred to as the first female writer (Trobetta, 2017). While little is known about the details of her life, she is considered both a feminist and LGBTQ+ icon (Trobetta, 2017; Mendelsohn, 2017). The Library has ebook collections of her poetry available to read!

A science-fiction legend, Butler is lauded for her exploration of the Black female experience in America (Trobetta, 2017). She is considered the “godmother of Afro-futurism” an aesthetic that has influenced shows like Black Mirror and the art of celebrities like Beyoncé (“The Relevant Genius”, 2018, para. 2). She was the first science fiction writer to receive the MacArthur Fellowship, better known as the “Genius Grant,” which was just one of many literary awards she would receive throughout her career (Trobetta, 2017). Electronic copies of her novels Parable of the Sower and Kindred are available through the library.

This article is just a glimpse into the history of women in literature. For information on more female literary icons, check out the sources cited below. 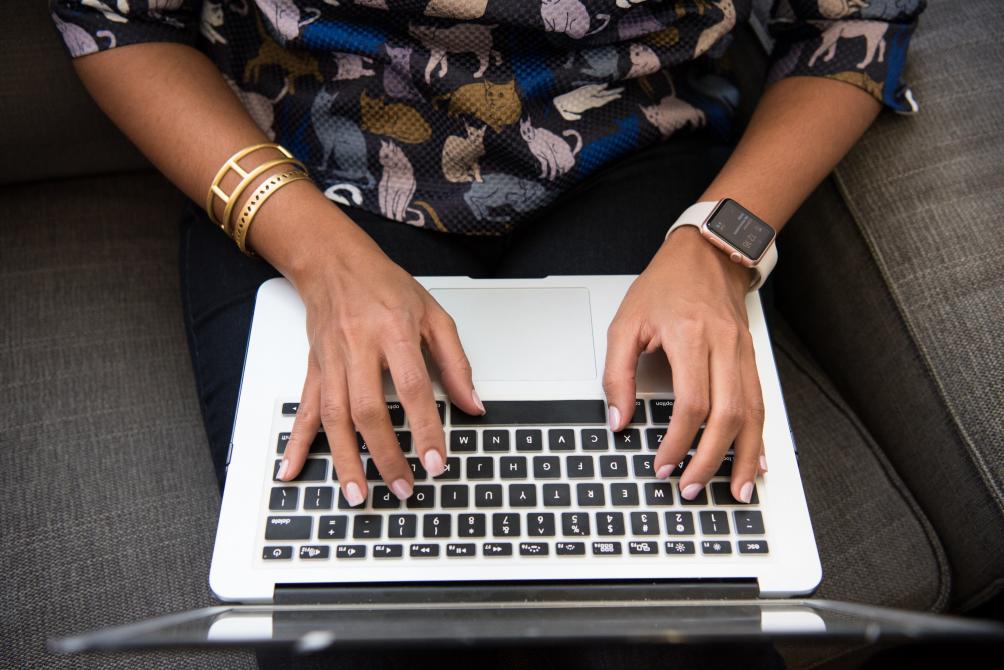 Writing a research paper this term? Online workshops and other supports are available to help you meet your deadlines.

Set aside time to search for sources: When you’re planning to write your research papers, make sure you set aside enough time to research your topic too. It takes time to find and read high quality books and articles but we’re here to help! Librarians can help you streamline your searching and recommend places to find required sources. When you start your research early, you have lots of time to read the content, process the information, pick your quotes and paraphrase and begin your first draft.

Get hands-on help finding sources: Come to one of our Research Essentials drop-in workshops! We have a variety of dates and times available so, pick one that works for you. We recommend attending a couple weeks before the due date of your assignment. Joan, the English Librarian, will be working through strategies and tips to take your research topic and turn it into a search strategy you can use to get high quality articles.

Top 5 Things to Know about the Library 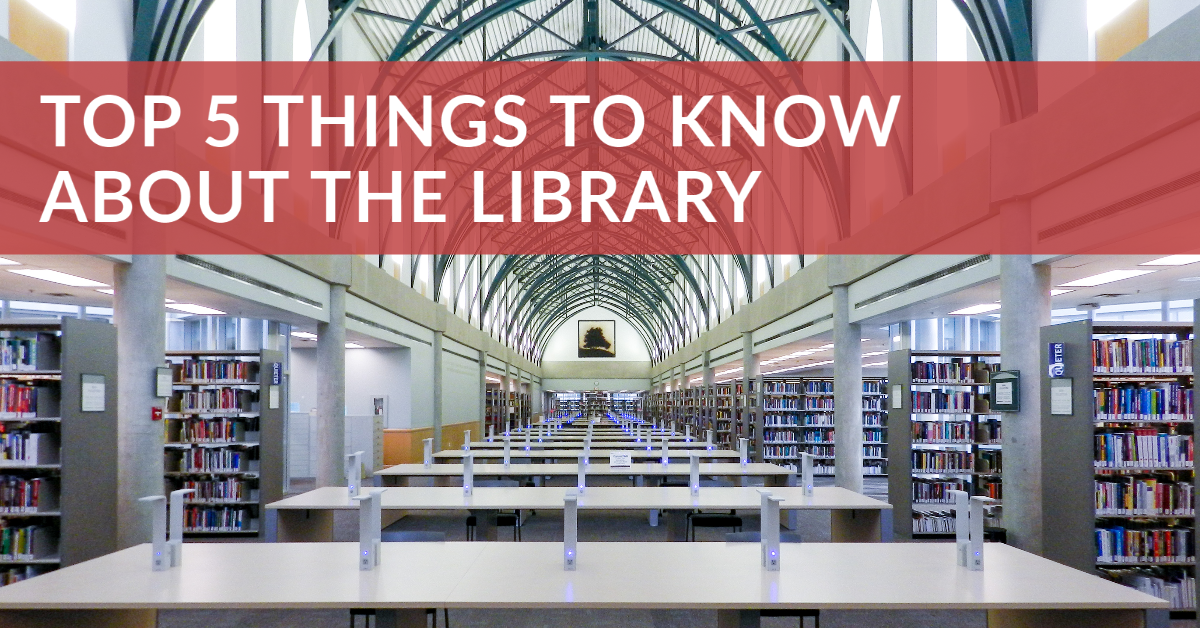 To help you be as prepared as possible for the new term, here are 5 things you should know about the library:

Your MacEwan ID card is your library card:

The Library has textbooks to borrow:

You can borrow laptops and other equipment:

We wish you all the best of luck this term and look forward to seeing all the amazing things you do!

Borrowing Textbooks from the Library 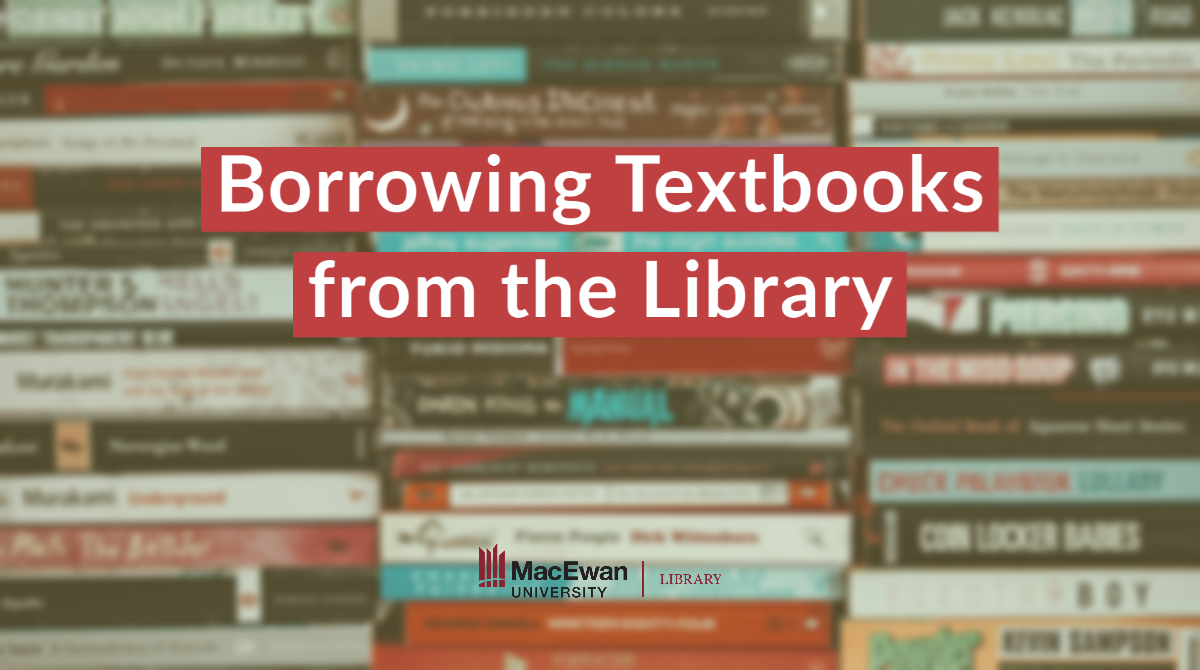 To provide textbook access to as many students as possible, loan lengths are restricted to 24hrs. This means library textbooks cannot replace the level of access you would have when purchasing/renting your own copy.

To borrow a textbook from the library (This service will begin on August 31):

See our Textbook and Course Materials for Students page for more ways to get access to your textbooks including renting, requesting scanned portions of your textbook, and more. 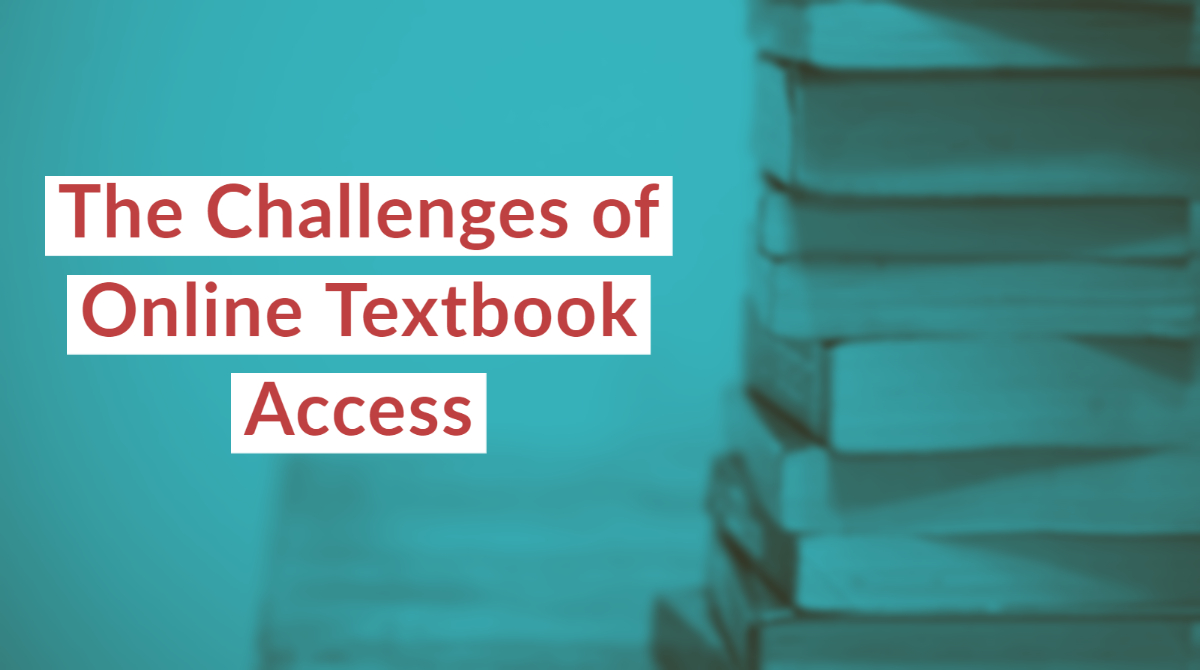 As we approach the fall 2020 semester, MacEwan Library is working hard to provide alternative access to our Textbook Collection. The majority of textbooks we currently have on reserve are print copies and students cannot access them without coming into the Library. We recognize library copies do not replace the access students have when using a purchased or rented copy of their required textbook. For example, Library copies of textbooks do not include a code for online quizzes and supplementary materials which some courses require students to access.

To support faculty and students over the next few months, we are modifying our approach to acquiring course textbooks to ensure that students have access even in a primarily online, alternative delivery environment. However, this work is hampered as most major publishers will not sell electronic copies to libraries.

To review all options available to students, visit our Find Textbooks page.

This article was inspired by “Commercial Textbooks Present Challenges in a Virtual Environment” by The University of Guelph Library. 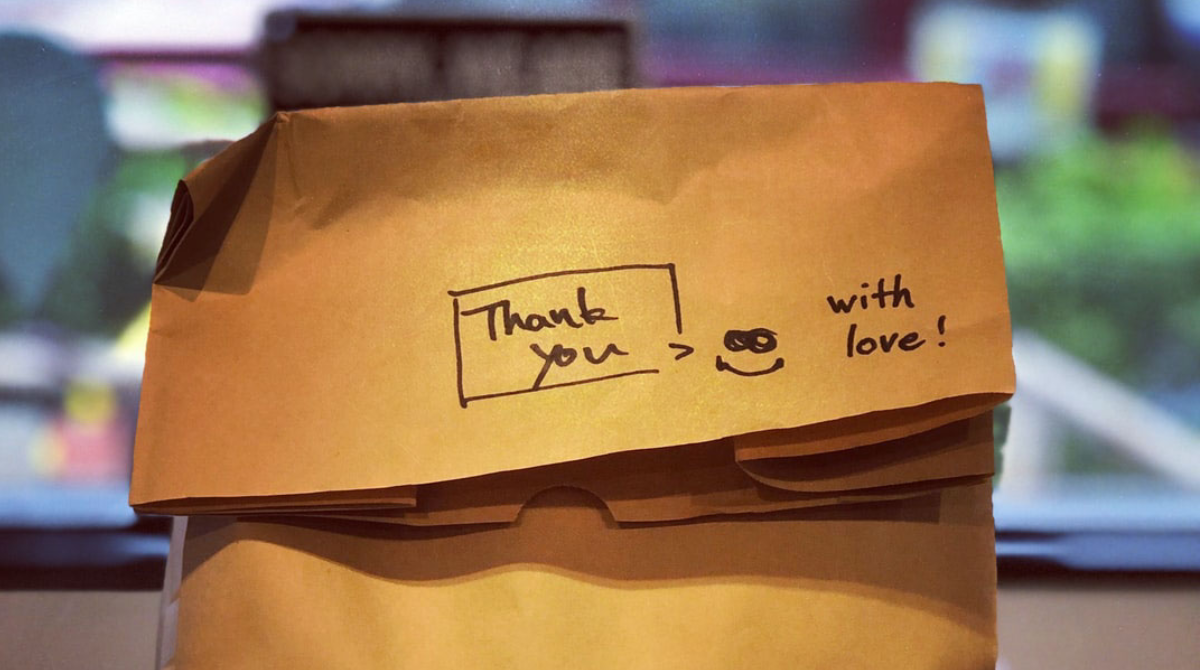 MacEwan students, faculty, and staff are now able to borrow items from MacEwan University Library's collections! As part of our relaunch strategy, we have been working hard to extend access to our collections.

Here’s how the service works:

Following health and safety guidelines from the university and the government, all returned items will be quarantined for 72 hours before they can be borrowed again. All staff have been trained in proper processing of pick up items including using masks, gloves, and frequent handwashing.

What is available to borrow?

What is not available to borrow?

This service is only available to MacEwan students, faculty, and staff. External borrowers are encouraged to contact their home library to determine what services are available to them.

If I can’t borrow textbooks, what can I do?

What if I’m a distance student?

How do I return my items?

All items will have a September 30th due date but you can return items to the book drop box outside the North entrance at 105th Ave and 107th St.

Laptops and equipment can be returned to Tech Support in 7-292.